Posted on November 7, 2016 by DocStephens

Exactly one year ago, I wrote about choosing a president for our country. In that piece, I described seven personal qualities of an effective president with the most important being Integrity followed by wisdom, principles, compassion, courage, eloquence, and humility. 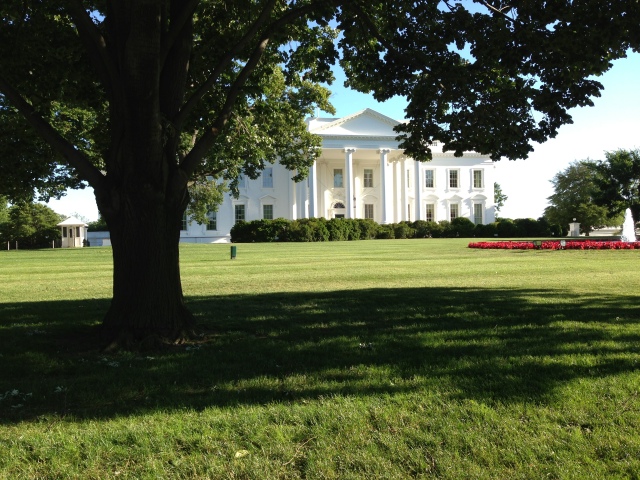 That seems like a long time ago, and only two of the 20 candidates in the race at that time remain for our consideration. A handful of other candidates will appear on ballots in some states, districts, and territories of the USA. These additional candidates cannot win, but as certainly happened in 1992 and other years, they could affect the outcome of the election.

Over the course of the campaign, neither of the final two major party candidates earned my respect. Using the personal qualities outlined in my earlier piece as criteria for evaluation, Mr. Trump and Mrs. Clinton represent the least satisfactory of those seeking the office.  It’s almost a sure thing that one of them will take the Oath of Office as President of the United States next January. There is something terribly wrong with the way we nominate and elect a president.

It’s a quandary, a predicament. The Republican candidate is essentially clueless, undisciplined, self-centered or even narcissistic, and seemingly unprepared to be President. The Democrat candidate is dishonest, manipulative, corrupt, incompetent, and in the words of the Director of the FBI, “extremely careless”. I would add, she embraces positions on important issues that are antithetical to our Constitution and to a government of the people. Either way, tomorrow we elect a president considered unsatisfactory by most Americans.

I have close friends, and family that I love deeply, that support or at least intend to vote for each of these imperfect candidates. Those of us who differ on this decision, mostly avoid political discussions. Our strong bonds will continue no matter the outcome of this election, but I’m worried about our nation and its future. It is obvious to me there is anger and even hatred across the country. As we have often seen, some of this finds expression in destructive even murderous behavior.  I lay some of the blame for this at the feet of national leadership, or the lack of it.  Each of us also shares responsibility.

Which outcome will be worse for our country; the media’s predicted Clinton victory or an epic Trump surprise?

On this day before the election, I’m unsure of the outcome, because I’ve grown to distrust just about anyone who reports, writes, or comments for one of the major news organizations. The fact that 50 top newspapers endorsed Mrs. Clinton tells me that Mr. Trump might have a small chance, because apparently only seven percent of us respect journalists and the media’s talking heads. The public opinion polls have their problems as well, and there are too many of them. Averaging their erroneous results only obfuscates the analysis. My skeptical and perhaps cynical side tells me that some of them are pure propaganda and just plain malicious with their distortions.

Like many Floridians, I voted early. So how did I vote? For a time, I considered a write-in for Evan McMullin, but quickly realized, his only possibility of winning would be hindered by my vote for him. McMullin’s opportunity to become our 45th President arises from a tie between Clinton and Trump or neither reaching 270 votes in the electoral college with McMullin winning in Utah. In this scenario, the U.S. House of Representatives would select the next President, and the Senate would choose the Vice President. In Florida, any vote not for Trump reduces McMullin’s nanoparticle of chance for this unimaginable outcome.  But that’s not how I decided on my vote.

It was not a difficult decision for me. The Presidency is much bigger than the person in the office. There is a platform of policy initiatives to pursue, there are thousands of people involved. There is the Congress and the Judiciary to consider. We might elect HRC or DJT to the office, but we get much more. That makes the decision easier, because it’s the resulting executive administration that offers the best outcomes for our future that should earn our votes. Which one will work best with the other branches of government to bring about necessary reforms? Which one will appoint competent people to the judiciary; judges and justices that understand our Constitution and the important rights it is designed to protect? Which one will appoint talented advisors and cabinet officials who believe in a limited federal government and embrace subsidiarity; the idea that the best government is that which is closest to the people it serves? Which Presidency will understand the importance of a strong military and national security?

From my perspective, a Republican Presidency offers the best long-term answers to these questions, and it isn’t even a close call. I voted for Donald Trump, and I have no misgivings.

Nothing requires me to say that a Trump Presidency is acceptable, just our best choice. Others will disagree, but that’s life.

As a postscript, allow me to offer this message to President Obama, Secretary Clinton, Democrat Party officials, and their media enablers. Republicans are not racist; we are not homophobic; we are not sexists; and we are not stupid. Your extreme demonization of this entire 40 percent of the adult population of our country is more a reflection of your attitudes and ambitions. If you ever want our support, I suggest you might get to know us a little better.

2 Responses to Choosing a President: Reconsidered