Assessing the Presidential Debates, and the Candidates 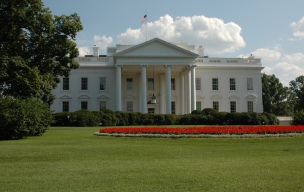 Each of us forms our own notions about these Democrat and Republican presidential debates. Frankly, I don’t spend any time thinking about which debate, CNN, CNBC, FBN, FOX, or others to come, is best. That is a subjective question that has no right or wrong answer. We can argue about that for hours, because there are no determinate metrics.

Chris Cillizza in his Washington Post column today, offered his assessment decrying the recent Fox Business News, FBN, debate. In his article he stated two purposes for these debates: to learn something new and to put the candidates out of their comfort zone. He then added a third, to see how they think.  Because in his opinion the candidates were rarely put on the spot, he criticized the debate as unsuccessful.  Obviously, he wants to see Republican candidates “put on the spot.”

Most of us, including most professional journalists, are vulnerable to confirmation bias. According to an article published in the Washington Times on November 8, 2015, an amazing 93 percent of journalists within the Washington Beltway and also in New York City are Democrats.  When they donate to political campaigns, they contribute exclusively to the Democrat party and its candidates.

We all tend to see and affirm what we want to see and affirm, but we often ignore or at least discount that which runs counter to our previous judgments.  Remember this when you consider the opinions of these pundits.

Many of the reporters, editorial writers, and talking heads of the national newspapers, magazines, and networks criticize candidates for not offering detailed policy proposals.  Again, is this important for voters to know, or for the pundits as fodder for them to chew and digest, only to be regurgitated when strategically advantageous?

I decide who I’m supporting based upon each candidate’s demonstrated and apparent principles and which policy initiatives are a priority.  The details of those policies are unimportant to me during a campaign, precisely because an effective president is going to listen to the people, and then work with Congress, important stakeholders, and knowledgeable experts in order to forge appropriate legislative proposals.  Developing detailed policy statements during a campaign demonstrates a certain authoritarian impulse derived from arrogance.  There is a danger these politically motivated prescriptions might commit a president to act incorrectly once in office, following through on a campaign commitment in order to avoid criticism and to appear consistent, even if detrimental to the country.

Pride goeth before destruction, and an haughty spirit before a fall.  [Proverbs 16:18 King James Version (KJV)]

Do these candidates believe they can bypass Congress, just because what they propose in a campaign might be popular with their supporters?  Don’t they realize that a President serves the entire nation, not just those who support them with their votes?

Most importantly, how well a candidate performs in a debate tells us very little about their potential to be an excellent President of the United States.  Sure, it tells us something, but not nearly enough. I’m looking at the candidates and trying to judge their integrity and wisdom. I want to know if they have principles and the courage of their convictions. Are they compassionate and eloquent? Finally, I want a president who has some humility. This is an obvious indicator of their tendency to listen to the voices of the people, as well as their advisors. It is an indication of their tendency to weigh their options carefully, without the arrogance that often hides ignorance. To the extent that presidential debates allow me to discover these qualities, they are helpful, but definitely not sufficient.